This recipe is a combination of a Sunrise breakfast hash and a hatch green chili hash which are both favorites. You will learn, I love hash. I clean out my fridge, it’s delicious and never the same twice.

In the WellFed2 cookbook (another must buy) there is a Sunrise Spice recipe. Oh. My. Goodness. Weird fact about me, I am allergic to cinnamon. Not as much the food kind, but the air freshener, candle, candy kind. I will break out in hives. This recipe does not bother me a bit. It is just the right amount of cinnamon and not over powering. I do not like super sweet savory dishes. If that makes sense at all? I did go heavy on the garlic because I love it so much. Make it your own. 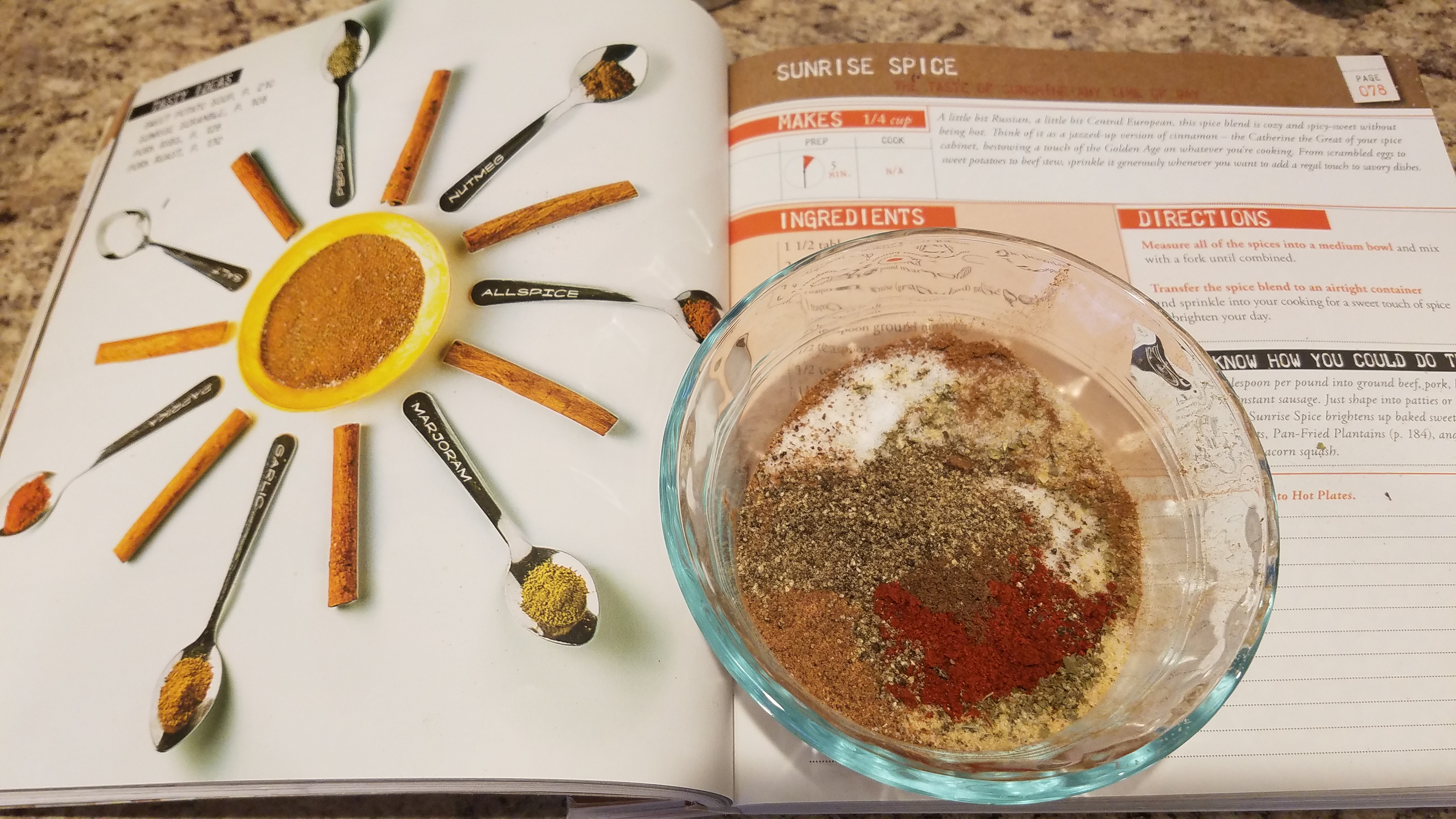 I used about 2tbs of seasoning on my hash. The other half is in my pantry for the next time I need a unique spice. It does not disappoint.

Ground turkey will occasionally go on sale at Reasor’s and I like to mix it up from the regular chicken or beef. We had a friend stop by around dinner on the night I made this and he had 2 large helpings. It was so good!

Next chop sweet potato into bite size pieces. The size is your choice, keep in mind the smaller you make them the quicker they cook and vise a versa. Melt a table spoon of coconut oil or avocado oil and coat evenly. Sprinkle with salt and pepper. Again, your preference. I used probably a ½ tsp of each.

Throw potatoes into the oven and set timer for 15 mins. Toss then cook in 5 min increments until desired done-ness. I like mine crispy. The most important part is that they are easily pierced with a fork in the middle. 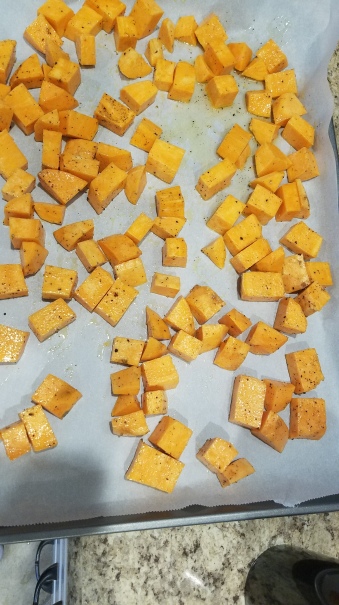 While the potatoes cook start bacon. I cooked everything in a cast iron and used 1 pan. I love that baby. Put bacon in when pan is cold. I cook my bacon on med-low. I like it a little chewy, not dust when I bite into it. Try not to flip too often. Once the bacon starts to get a little crispy, flip. When the bacon is not as flimsy it is done. Use your judgement. You can also chop the bacon before you cook it. Whichever is easiest for you.

Once bacon is done, leave the grease in your pan and throw in the ground turkey. Season generously with Sunrise spice. I used about 2 tablespoons. Cook until browned.

By this time your sweet potatoes should be done. Add turkey and sweet potato to onion and chili and mix. Add 2 eggs, stir (not vigorously just enough to coat everything with egg. You don’t want to break apart) Stir every 30 seconds or so to evenly cook the egg. It will take about 5 mins. Once the egg is starting to set up top with bacon and devour. 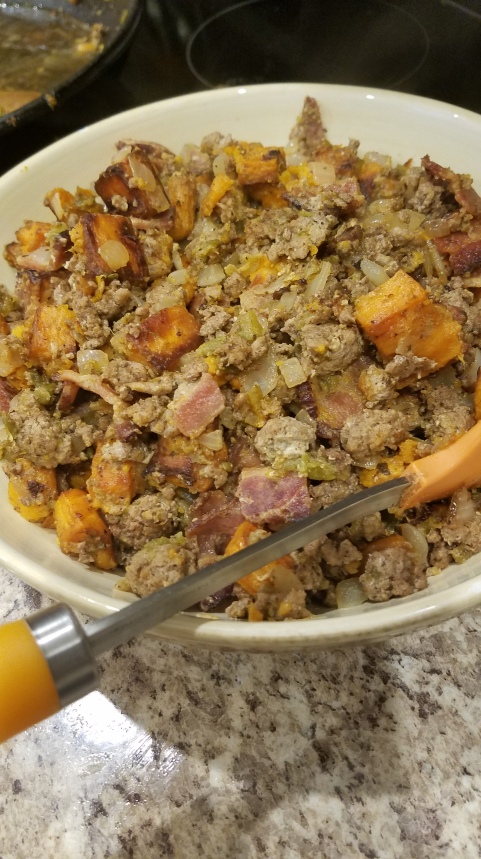